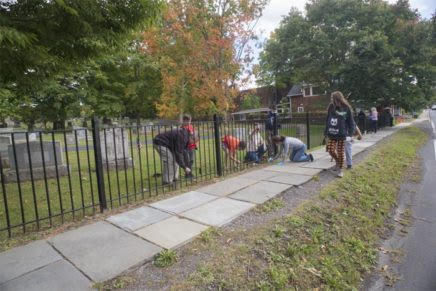 Through the aid of local business owners and dozens of volunteers, the iron fence at the Woodstock Cemetery got a fresh coat of paint recently and will be repaired.

Through the aid of local business owners and dozens of volunteers, the iron fence at the Woodstock Cemetery got a fresh coat of paint recently and will be repaired. Woodstock Hardware owner Vince Christofora provided the materials and rounded up the volunteer labor to paint the fence along Rock City Road.
The painting started July 11 and was finished October 6. “We had twelve to 15 people at any given paint party,” Christofora said. “We met at least once a week, sometimes two times.”

Catskill Mountain Pizza donated and delivered pizza to feed the hungry crews.
Beau and Chuck Brink of Fishcreek Iron Inc. in Saugerties have volunteered to repair sections of the fence that are in bad shape.

“The best part was during that time, when people became aware of it, they came out to help,” Christofora said. “A lot of people drove by and cheered.”
Lending their hands were a who’s who of Woodstock family names including Vandebogart, Longyear and Reynolds. Many brought a child to help.

A task force was formed in 2018 when the town took over the cemetery from the financially insolvent Woodstock Cemetery Association. Christofora said he offered help when he met cemetery task force chair Terry Reynolds at the Memorial Day ceremony in 2019.

The town government was awarded a $210,000 grant from state funds to municipalities that assume control of cemeteries, but has only received $55,000. The rest is stalled due to Covid-related cashflow issues.

Christofora said he was committed to help regardless of the fiscal hiccups.
Shea Cocks, who was cemetery superintendent before the takeover and is a town maintenance employee, helped the volunteers by making sure the grass was cut, Christofora said.

Christofora and his band of volunteers aren’t done yet. They’re busy with other projects including Rick Volz Park, where they constructed a new pavilion, rebuilt pitching and batting cages, and reseeded the infield so it will be ready for play whenever Covid restrictions are lifted. 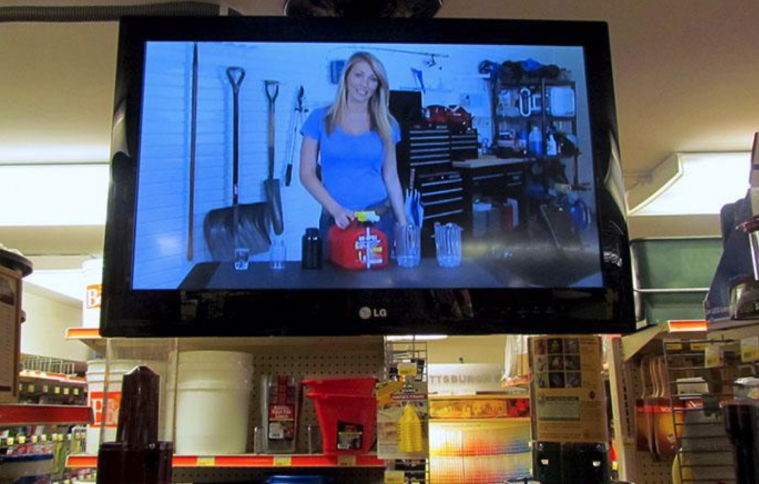 Business on the big screen

Several years ago, Woodstock Hardware in Woodstock, N.Y., embraced the idea of instore videos, played on DVDs on continuous loops. The videos, supplied by product manufacturers and marketers, successfully pushed the needle and raised awareness at the point of sale.
Owner Vince Christofora saw value in the videos, but thought there might be a better way. He found it in the form of a new digital asset management system that enables retailers to program video content from a number of sources.
Today, the Do it Best member store has a “mind-boggling” array of source options and content through a new digital asset management system.
The system makes it easier for Woodstock Hardware to highlight and showcase a broader variety of products and services – especially ones customers may not have been aware the store carried or offered. The retailers says is seeing positive returns from its deployment of the system, with expectations of continued positive impact on sales as the team promotes additional products and services. 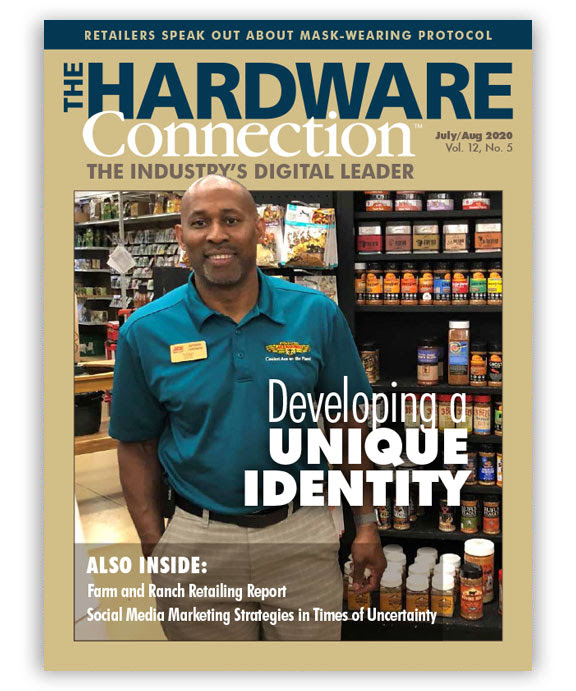 Woodstock Hardware Pandemic Program Is In The News

How do we help our customers? See Woodstock Hardware in National Magazine on helping during CoV pandemic. 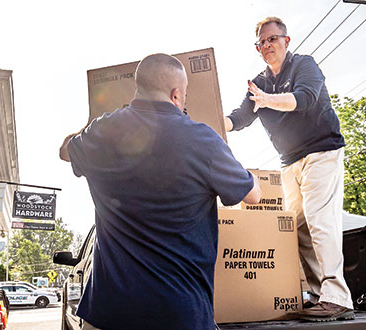 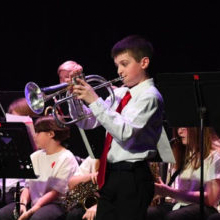 Woodstock Hardware Supports the Next Generation of Woodstock Musicians

Woodstock Hardware has been featured in The Hardware Connection for being AirBnb specialists! 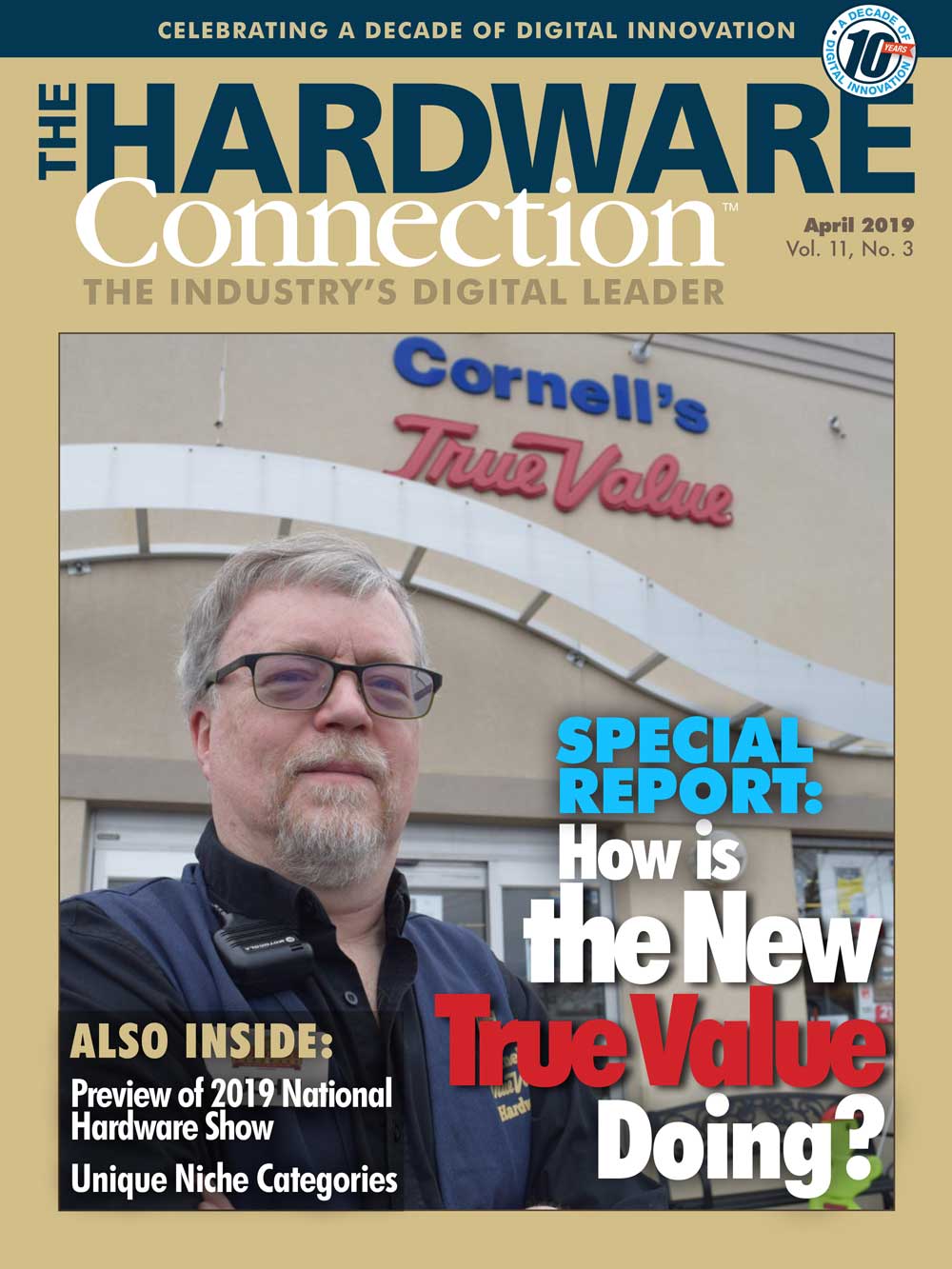 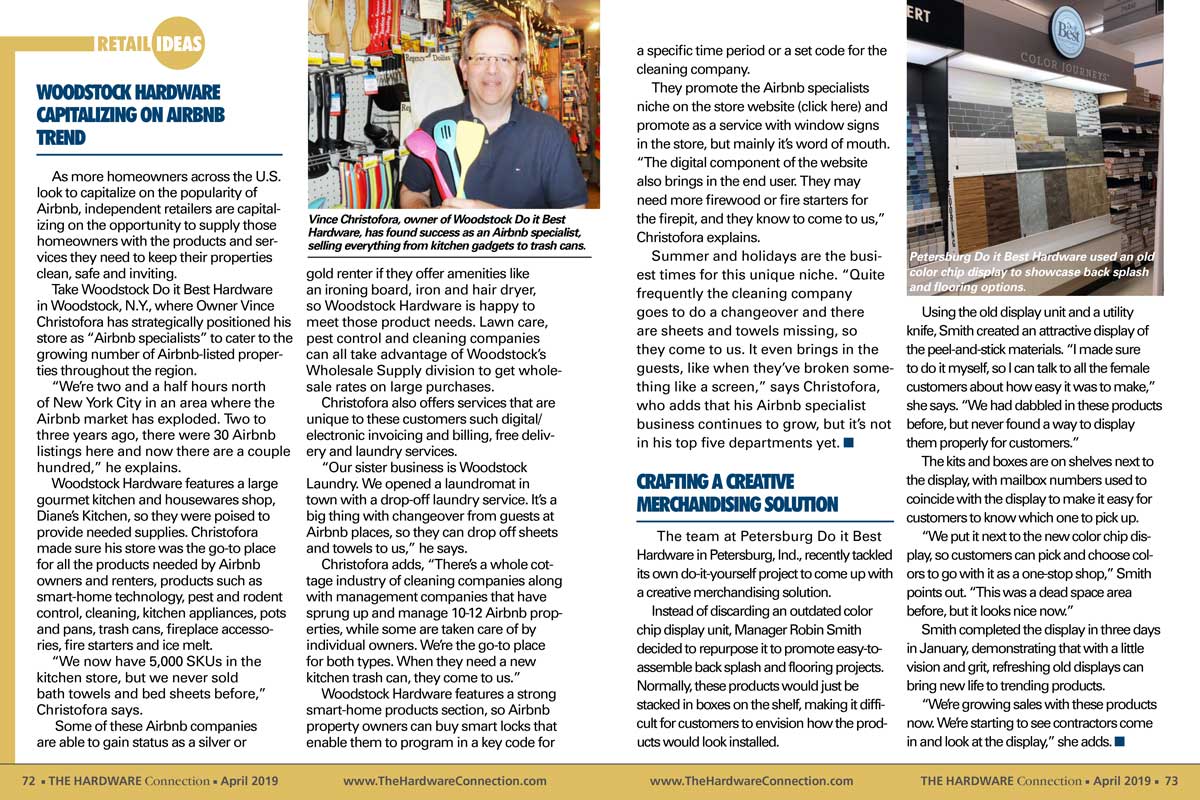 The following article appeared in The Hardware Connection magazine. 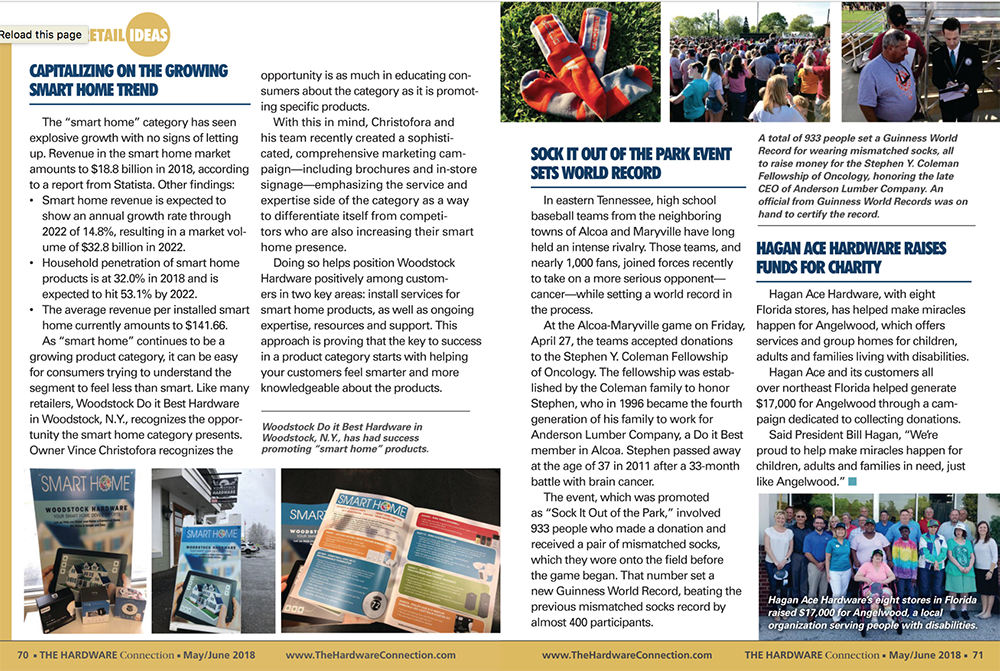 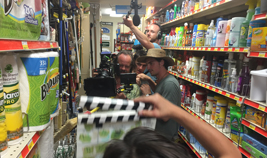 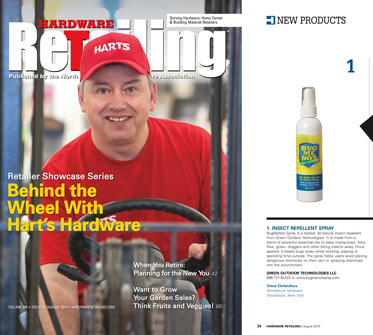 See BugMeNot Spray Featured as a New Product in the August 2015 issue of Hardware Retailing. 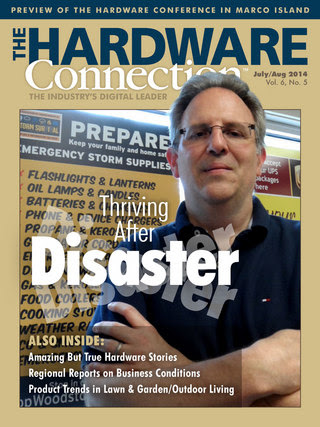 Our Dreamfarm product display featured by Dreamfarm in their literature: 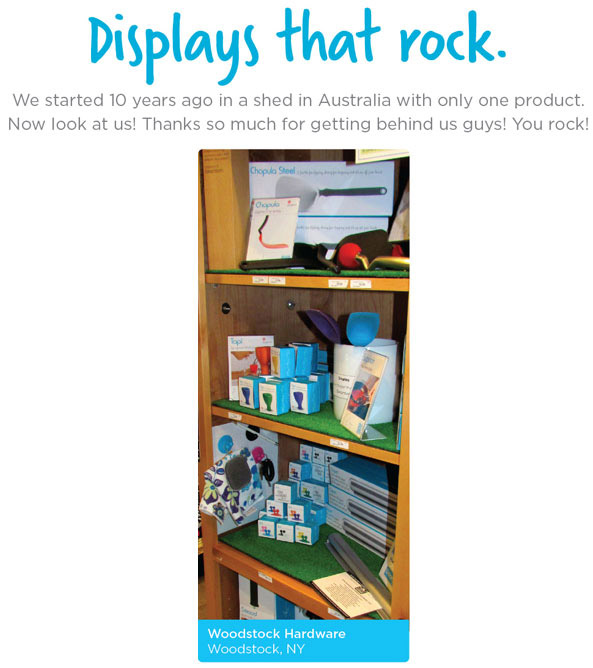 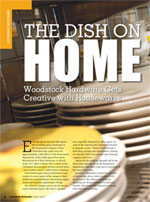 Read the interview with Vincent Christofora in the March 2013 issue of Hardware Retailing. 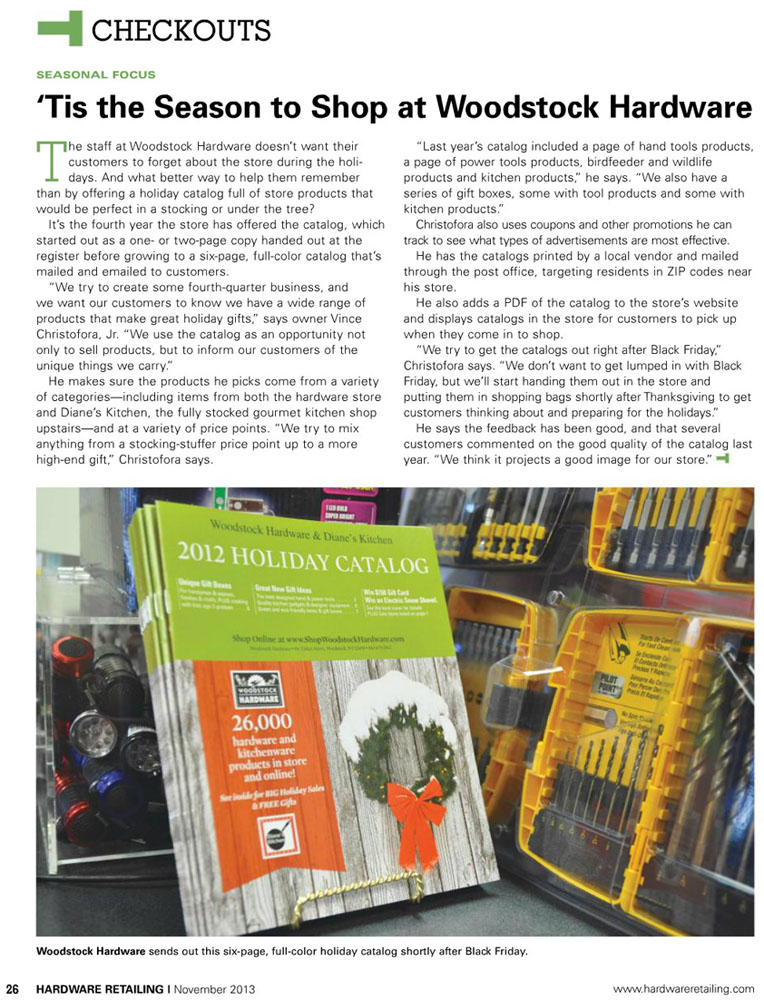 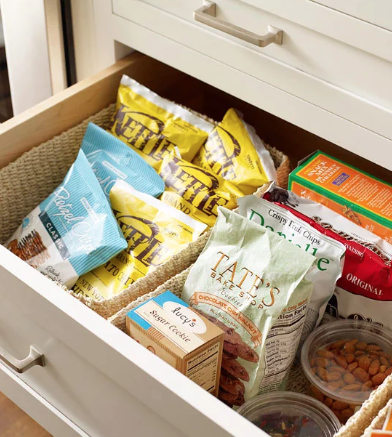 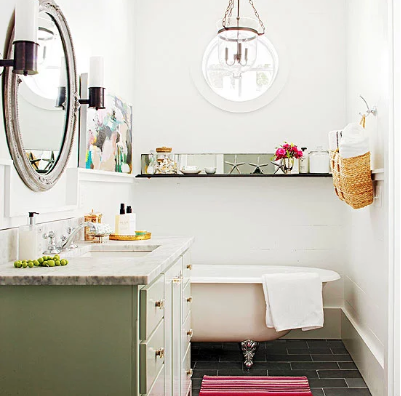 10 Things That Squeak (and How to Fix Them) 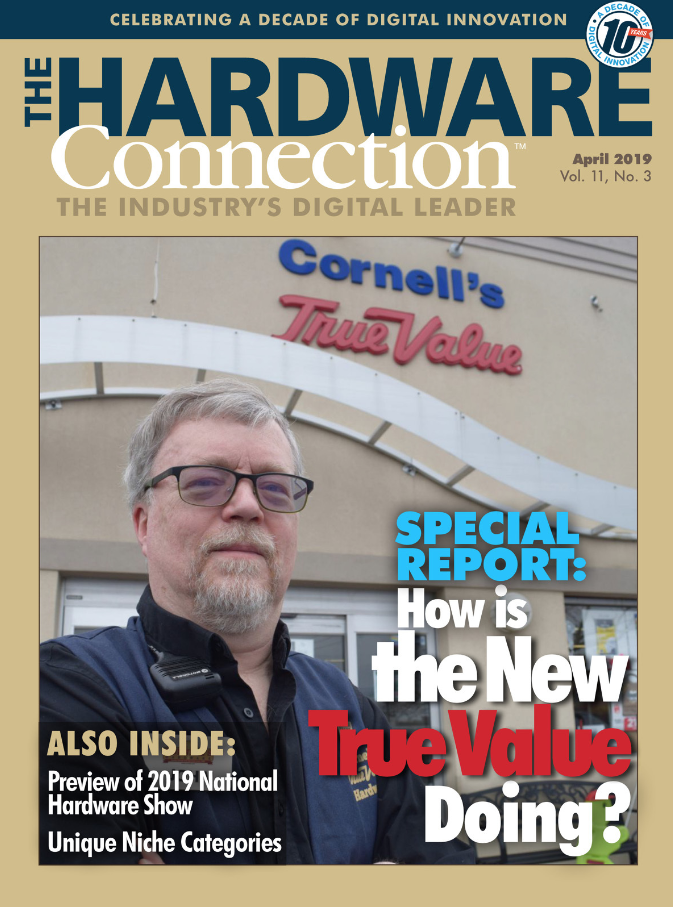 About Woodstock Hardware
Why Buy from Us?
In The News
Terms & Conditions

Sign up to receive Special Offers
& Promotions from Woodstock Hardware